Just like everything in life, drone photography and video can be as simple or as complicated as you want it to be. For instance, you can fly a drone in London but the amount of planning and the requirement to obtain permission to fly in the restricted airspace make it one of the more complicated locations you could choose to fly in. If all safety planning and permissions are obtained, the results could indeed be amazing, but the sheer amount of work involved would be difficult unless you have a PfCO and know exactly what planning is required to stay safe and legal.
On the flipside, head out to a more rural location with no airspace restrictions in place and you can enjoy, arguably, more impressive scenery with only minimal safety planning involved; weather, an airspace check and obstacles using the NATS app is all that’s needed. So here are five location ideas to get you started… 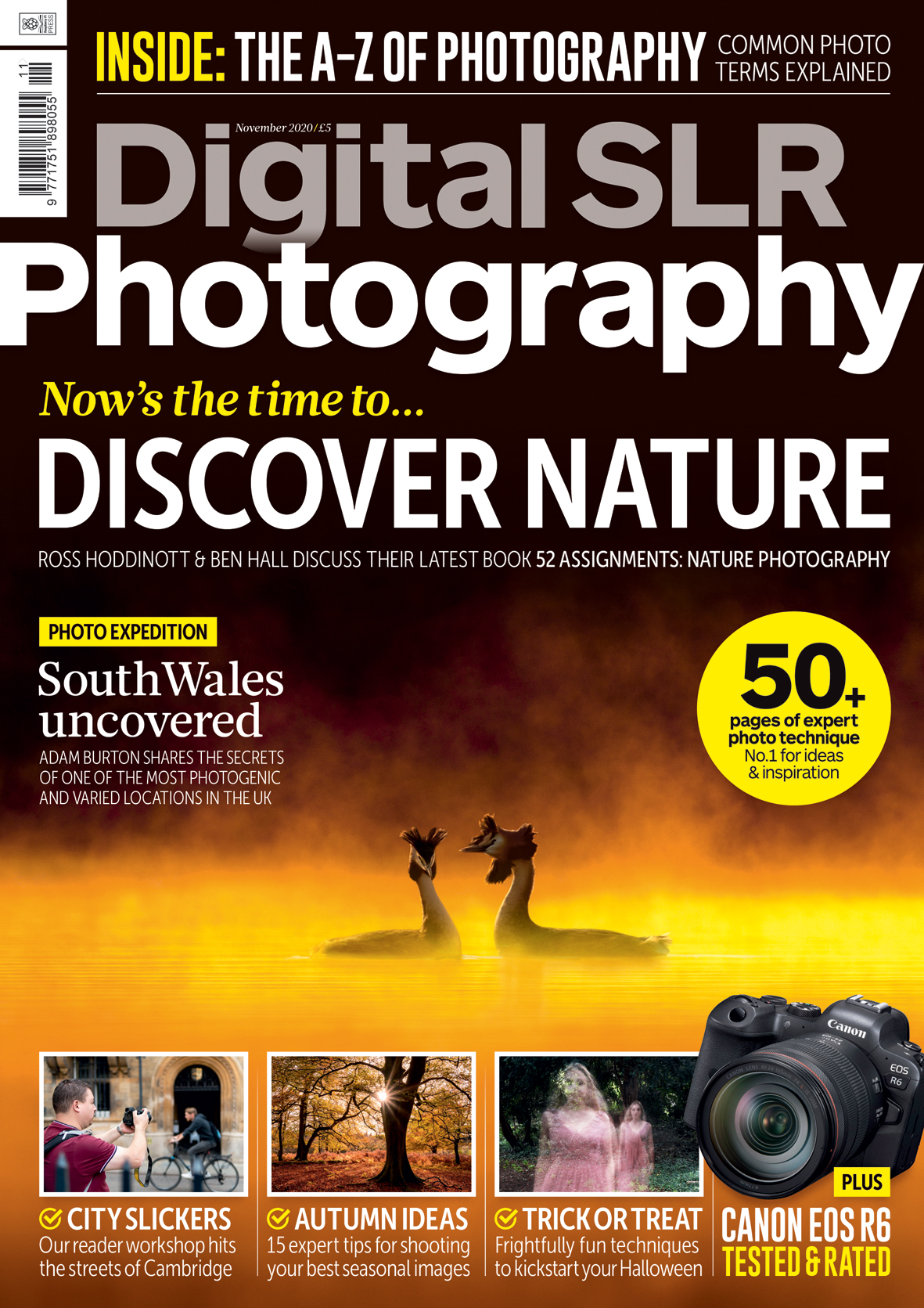 WELCOME TO THE NOVEMBER 2020 ISSUE of Digital SLR Photography. In the A to Z of Photography, we expand your photo knowledge with our jargon-free explanations of all the most common photo terms; thi…

When you live on an island, the potential of the coast quickly becomes apparent. Great Britain offers 11,073 miles of coastline, which makes it next to impossible to pick out just one coastal town or region, as there are so many popular and little-known locations that look incredible from both the ground and the sky. The beauty of drones is that you can easily fly them out over the sea and shoot back towards land to capture the magnificence of rugged cliffs, crashing waves and manmade structures like piers and lighthouses. Just remember, you must fly 50m or more away from them.

Home to some of the most iconic mountains in England and Wales, Snowdonia is a cornucopia of incredibly impressive places to fly and photograph. Highlight locations include Snowdon, Tryfan and Dinorwic Slate Quarry but you’ll be spoilt for choice here. One thing to be aware of is RAF training planes flying through some of the valleys – the incredible Ogwen Valley is one such place. So, while you should be checking the NATS app for airspace and NOTAMS for all locations, you should be especially vigilant when flying a drone in this region.

The Lake District needs little or no introduction as one of the most picturesque regions in the UK. The diverse landscape lends itself perfectly to drone photography and video, and despite having busier areas where you wouldn’t necessarily want to or be able to fly, there’s a multitude of places both on and off the beaten track where it’s safe to take off and shoot. Iconic areas include Buttermere, Derwent Water and Wastwater, but this is the kind of place where great locations can practically be found around every corner and over every hill.

Representing the Midlands, the Peak District offers spectacular views despite not offering the higher peaks of Snowdonia, the Lake District or the Yorkshire Dales. But, don’t let that put you off as the area is absolutely stunning and the ability to explore the hills, reservoirs and forests with a drone could easily keep you busy for a lifetime. Those kinds of places are just the tip of the iceberg, too. The Roaches, Mam Tor and Winnats Pass are just a few of the most spectacular locations you can enjoy and most places are just a short drive apart.

While not as popular as its close neighbour, the Lake District, the Yorkshire Dales is a well-known ‘hidden gem’ featuring rugged peaks, waterfalls, limestone pavements, fells and much more. The areas around Settle, Malham and Ingleton are amazing places, but with a region that covers almost the entire northern width of England, there are many hidden locations to be found and explored by both foot and air. This really is a place that despite being well known, has plenty to be discovered and it never takes long to feel like you’re in wilderness.