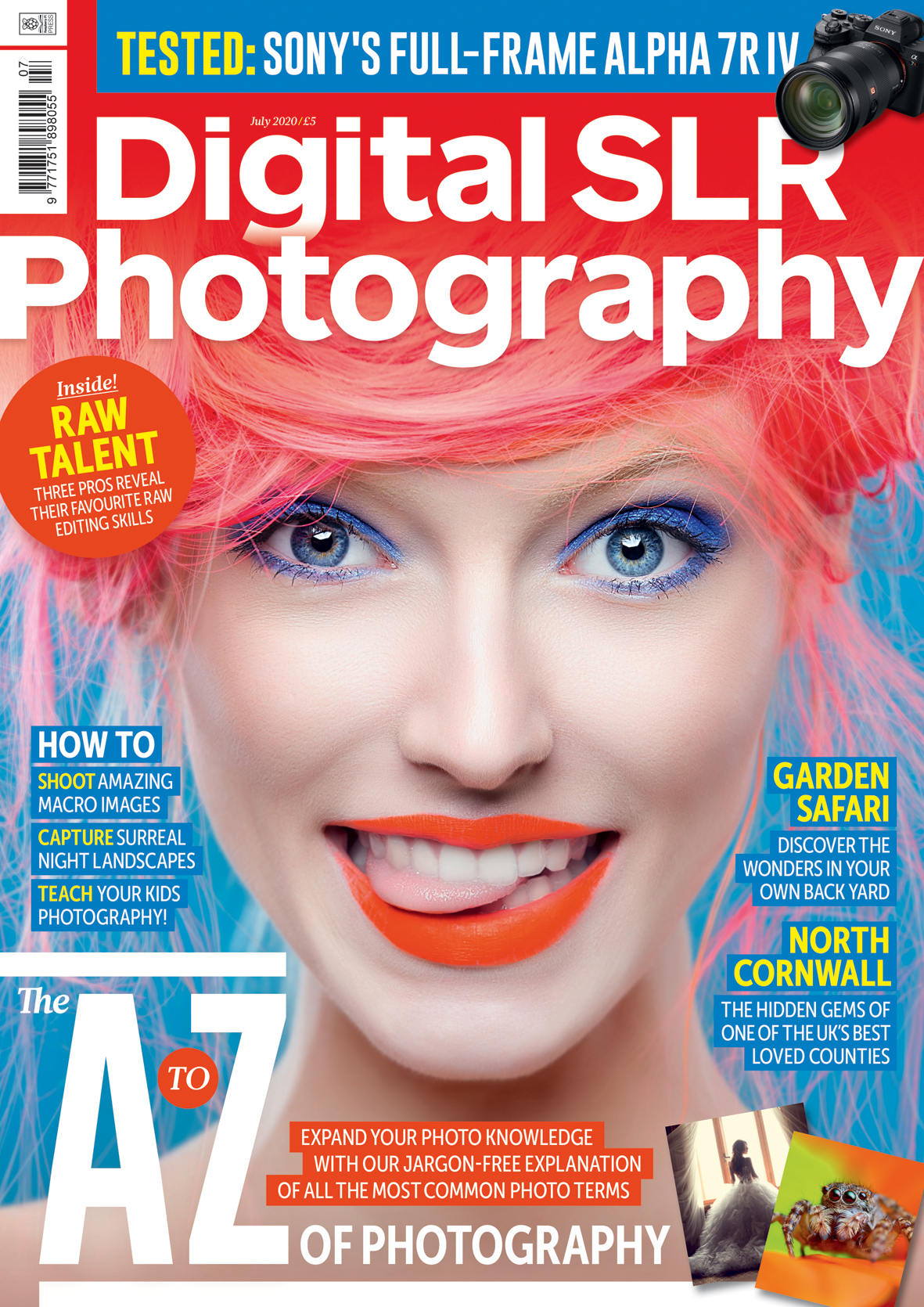 WELCOME TO THE JULY 2020 ISSUE of Digital SLR Photography. In our new series, The A to Z of Photography, we will expand your photo knowledge with our jargon-free explanations of all the most common…

Equipped with a 20.9-megapixel DX-format CMOS sensor and backed by an EXPEED 6 image processor, the Z 50 has a native ISO up to 51200 – the highest sensitivity of its class – and is smaller, lighter and cheaper than its full-frame siblings. With a simple DSLR-style menu system, it should also feel familiar to current Nikon DSLR users and intuitive for new users.

Using a Hybrid autofocus system, the camera boasts 209 on-sensor AF points covering approximately 90% of the frame, the ability to focus down to -4EV and Nikon’s Eye Detection AF for sharper portraits. It also allows for 11fps continuous shooting (with AF/AE) and is capable of capturing 4K video, 120p slow motion and time-lapses with a built-in intervalometer. There’s also a 3.2in LCD tilting touchscreen, 20 Creative Picture Controls, a silent shutter function and built-in WiFi and Bluetooth connectivity.

The Z 50 is compatible with Nikon’s FTZ Mount Adaptor that allows F-mount NIKKOR DSLR lenses to be used with the camera.

Nikon has also released the NIKKOR Z 58mm f/0.95 S Noct (£8,299), a fast, standard, manual-focus lens for Z-mount full-frame mirrorless cameras. It takes advantage of the combination of the large-diameter Z mount and 16mm flange focal distance to realise a f/0.95 maximum aperture. The lens is constructed of 17 elements in ten groups, four of which are ED glass elements and three aspherical lens elements to minimise aberrations.

The Nikon Z 50 and NIKKOR Z DX lenses will be available from 7 November. Camera and lens kits start from £989.