More than 5,700 images were submitted by almost 2,000 photographers for this year's Royal Meteorological Society (RMetS) photography contest. Open to professional and amateur photographers worldwide, the contest – which is in its fourth year – is intended to showcase the best images capturing weather in its widest sense. From weather phenomena, such as lightning, flooding and extreme snow coverage, to the impact on humans, cities and the natural landscape, the brief was broad but the images compelling and dramatic.

Among the exceptional selection of submissions was the overall winning shot by Gareth Mon Jones recording a temperature inversion in Snowdonia, Wales. Gareth has won £500 plus a GoPro HERO7 and a year's RMetS membership. First runner-up, Elena Salvai, grabbed £250 and a year's membership to RMetS and Brian Bayliss who was the second runner-up received £100 plus a year's RMetS membership. Elena also scooped perhaps the toughest category of Public Favourite for her incredible image of a lightning strike in front of Riomaggiore, Cinque terre, Italy. 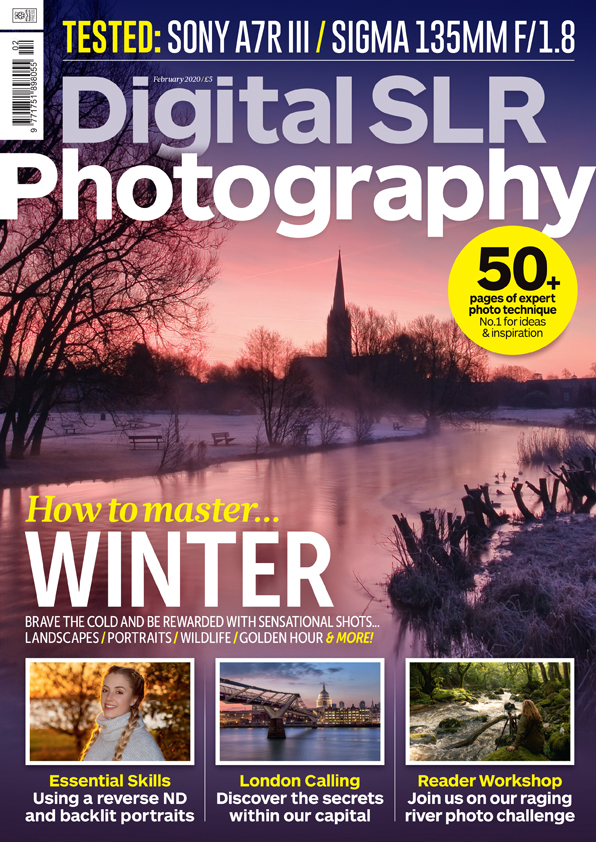 WELCOME TO THE FEBRUARY 2020 ISSUE of Digital SLR Photography. Inside you’ll find a wealth of expert advice for making the most of this photogenic season in our Photo Masterclass to Winter. Outdoor…

For the Young Weather Photographer of the Year 2019 category (for ages 17 and under), winner Hugo Begg received a Go Pro HERO7 camera and a year's membership.

Images were selected by a panel of meteorologists, photographers and photo editors looking for work that combined photographic skills with meteorological observation. With no individual subject categories to worry about; the judges chose the images that impressed them most. Stephen Cheatley, winner of RMetS Weather Photographer of the Year 2018 was be one of the judges for the 2019 competition: "Winning the RMetS Weather Photographer of the Year competition was an amazing experience for me. The image went viral originally, and winning the competition brought me a lot of publicity all over again. It was this win which made me decide to give up my previous work to pursue a career in professional photography. Having always been fascinated by wild weather and lightning storms, I [was] really looking forward to helping judge this year's competition.’

7 Great Photo Contests You Should Enter in 2020

Let 2020 be the year you become an award-winning photographer

How to balance ambient and flash for backlit portraits

How to creatively blur landscapes

whether land or sea, Blurring the lines in your landscape images using a touch of motion blur can change the impact of your shots

Its flattering perspective, ultra-high sharpness and stunning bokeh makes this the ultimate in portrait optics

How to shoot minimalist seascapes

Explore the world of long exposure coastal minimalism using a ten-stop ND. With the right combination of subject and weather conditions, less definitely does mean more...